BWS is a British focal point for research and exchange of ideas among Wittgenstein scholars and students throughout the world.
This Newsletter will be sent exclusively to members of the BWS, on a regular basis, in order to draw attention to updates on the website, or to share as yet unpublished news.

[W]hen ‘I raise my arm’, my arm rises [hebt sich mein Arm]. And now a problem emerges: what is left over if I subtract the fact that my arm goes up from the fact that I raise my arm? ((Are the kinaesthetic sensations my willing?)) (PI §621).

What did Wittgenstein mean by this remark? Are we to take it at face value? That is: does Wittgenstein take it to be a well-conceived philosophical question that we should try to answer?Many contemporary philosophers of action have thought that he does, and have gone on to try to answer it. Most Wittgensteinians, including Professor Sandis, think that he doesn’t; yet many of them, again including Sandis, have gone on to answer it anyway. And this second point seemed to be what most interested him. There is a kind of standing temptation, he suggested, to respond to Wittgenstein’s question as though it were in good order, even when one knows it isn’t.

Focussing on that question may therefore have influenced subsequent philosophers of action, shaping the terms of the debate. To the extent that the question has been misunderstood – or is somehow irresistible – that influence has not been especially productive, since the resulting debate has at least partly been about how to answer a very bad question that we ought not to be asking.
Professor Sandis wove his talk around a long list of quotations, reproduced on the handout. In talking us through them, he described the way philosophical thought about the relation between action and the will has developed over the last century or so. He began with some of the philosophers to whose thinking the later Wittgenstein was responding, for example Arthur Schopenhauer and the earlier Wittgenstein, since, as Sandis argued, you cannot understand Wittgenstein unless you understand who he is responding to Schopenhauer holds a dual-aspect view, whereby bodily movements are not caused by acts of will, but the same event ‘given in two entirely different ways’ (WWR, I, 100 & 108). And the early Wittgenstein has it that ‘The act of will is not the cause of the action but the action itself’ (N 1916; 87-8).

Contemporary action theoristsdivide roughly into two camps: volitionists and anti-volitionists. Most of those in both camps seem totake it that Wittgenstein’s question is in good order and worth trying to answer. Volitionists think that the answer is something like ‘willing’. It turns out that there is a surprising variety of volitionist positions, united only by the belief that a mental act causes a bodily movement. Anti-volitionists think the answer is ‘nothing’: some cases of my arm going up are cases of my raising it. But they themselves divide into two groups: those who think that what we have is a bodily movement with a cause (in Davidson’s case an intention); and those, like Hacker and Schroeder, who think that all we have is bodily movements in a particular context.

According to Sandis, Wittgenstein’s main concern when discussing these issues is captured in remarks like these: ‘There is not one common difference between so-called voluntary acts and involuntary ones, viz. the presence or absence of one element, the ‘act of volition’ ’ (BB, 151f). ‘[V]oluntary movement [die willkürliche Bewegung] is marked by the absence of surprise’ (PI §628).‘[M]ovements with their normal surroundings of intention, learning, trying, acting’ (RPP I §776).The danger is that in emphasising the variegation of cases we can be led to the general claim that voluntary action is just a bodily movement in a certain context – and that already looks like an answer to Wittgenstein’s question.

The mistake is to think that willing is something I do with my mind which causes my body to move. For if willing is to be anything at all it cannot be a mental act which causes a bodily movement. Professor Sandis urged us instead to ask ourselves why we are asking this question on any given occasion. What is the context? What are we trying to achieve? For these and other factors will affect what it is correct to say about any given case.
Tom Joyce received his PhD from the University of Reading, completed under the supervision of Jonathan Dancy, in 2008. He currently teaches and writes for the Royal Institute of Philosophy

We are delighted to announce the  launch of our new BWS website here at www.britishwittgensteinsociety.org

Our new website offers a fresh look, improved accessibility, better handling on mobile devices, online society registration, a members area, with facilities to enable you to update your details with us and improved functionality for notification of news and events.

In the last few months, we have been working hard to transfer our content from the existing to the new site. As the site beds down and we develop further, we hope to open up sections to members to allow submission of Wittgenstein-related news, events and links. We believe that the new site will be a terrific platform for the further development of BWS activities online, for managing our real world activities, offering greater benefits to our members and to everyone interested in Wittgenstein studies.

When the new site goes live, our existing site will redirect you. Please then update your bookmarks and check the site regularly for news and updates. There will no doubt be a few teething problems along the way and we appreciate your patience as we develop and enhance the new site.

Our first and existing site has been an enormously valuable asset to the Society and the BWS owes great thanks to its creator and editor, Jane Dorner. BWS President Danièle Moyal-Sharrock says ‘The British Wittgenstein Society, and I personally, would like to thank its friend and webmistress, Jane Dorner, for the splendid work she has done for the Society ever since its founding. Jane conceived, created and maintained the BWS website with flair, ingenuity and enthusiasm. She conceived the Newsletter and implemented it. Her input, suggestions, skill and availability have been vital to the success of the Society. Her generosity, and personal friendship to me, enabled the BWS to have a website, and therefore a life. It is with an immense debt and deep gratitude that the BWS say goodbye to an inestimable friend.’

All lectures will be followed by a wine reception. These are complimentary, but advance registration is required once the announcement has been sent, so do check back to the website for details. 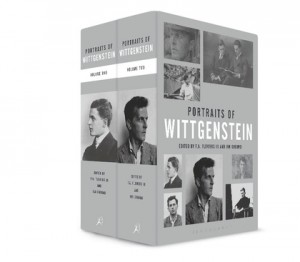 Details will be available for registered members on the new BWS website. The BWS encourages its members to ask their institutional libraries to buy a copy.

Portraits is available at a discount of 50% on the list price of £250 for BWS members. In order to make use of the discount, members need to use the code WITT50 when they checkout on the Bloomsbury website at

BWS welcomes links and flyers to new Wittgenstein-related publications to post here, in the Newsletter, as well as on the Publications or Postings pages of the web

There are always new books are available for review. If you would like one of them sent to you for an in depth critical appreciation, or for a shorter review, please contact Dr Constantinos Athanasopoulos. Below are the latest books available.

We are delighted to welcome two new members onto our Honorary Committee.

Prof. Paul Standish is Professor of Philosophy of Education at the Institute of Education, University of London. He is concerned in his work particularly with questions in ethics and education. Author of the excellent Beyond the Self: Wittgenstein, Heidegger, and the limits of language (Ashgate 1992), Professor Standish is interested in the relation between Analytical and Continental philosophy and the productive tensions of that relation. 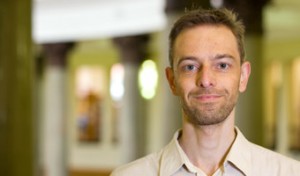 Dr Mikel Burley is Associate Professor of Religion and Philosophy at the University of Leeds, where he teaches courses both in philosophy of religion and in religious studies (including Hindu and Buddhist traditions). He is especially interested in developing interdisciplinary methods that draw upon ethnographical and biographical literature in order to enrich a philosophical understanding of religious forms of life.