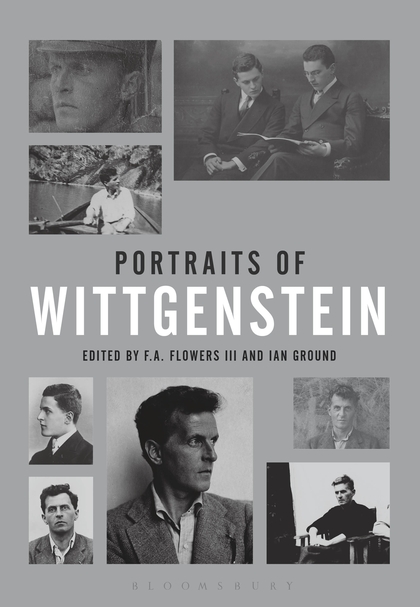 "Portraits of Wittgenstein" Now in Paperback

Portraits of Wittgenstein is a major collection of memoirs and reflections on one of the most influential and yet elusive personalities in the history of modern philosophy, Ludwig Wittgenstein. Featuring a wealth of illuminating and profound insights into Wittgenstein's extraordinary life, this unique collection reveals Wittgenstein's character and power of personality more vividly and comprehensively than ever before.

With portraits from more than 50 figures, Portraits of Wittgenstein brings together the personal recollections of philosophers, students, friends and acquaintances, including Bertrand Russell, G. E. Moore, F. R. Leavis, A. J. Ayer, Karl Popper, Friedrich von Hayek, G. H. von Wright, Freeman Dyson, Iris Murdoch, Mary Midgley and Mary Warnock. These authors testify to the life-long influence Wittgenstein had on the lives of those he met. Their fascinating memoirs, reflections and commentaries, often at odds with each other, reveal Wittgenstein's kindness, and how much genuine friendship meant to him, as well as his suffering and despair. They show too how the philosopher's ruthless honesty and uncompromising integrity often resulted in stern advice and harsh rebukes to friends and foes alike.

Now abridged and available in paperback, this collection of valuable and hard-to-find material is an indispensable resource for scholars and students of the life and work of Ludwig Wittgenstein

PR Agency: PR&D
In a project supported by the Austrian Science Fund FWF, the analysis of hitherto unpublished lecture notes from a student and friend of Wittgenstein's has resulted in an important publication providing new insights into central issues of the philosophers' work.

The pieces are slowly coming together to form a picture. – Decades after the death of one of the 20th century's most influential philosophers, scientists are still discovering hitherto unpublished manuscripts from Ludwig Wittgenstein's milieu. During his life, the philosopher who was born in Vienna (1889) published a single work that made him famous: the "Tractatus logico-philosophicus". Many of his other texts existed only as manuscripts and were published only after his death in 1951. The Wittgenstein Archives in Bergen (Norway) is currently working on an open-access edition of his philosophical manuscripts, known as "Wittgenstein's Nachlass": www.wittgensteinsource.org

Volker Munz from the Department of Philosophy at the University of Klagenfurt (Carinthia) has taken a new approach to the work of the thinker who spent most of his life in Cambridge. Thanks to contacts Munz established to the administrators of Wittgenstein's estate during his study years in Wales in the late 1980s, more than 2,000 manuscript and typescript pages from a student and close friend of Wittgenstein's came into his possession. The notes were taken by Yorick Smythies during lectures given by Wittgenstein in Cambridge between 1938 and 1941. With support from the Austrian Science Fund FWF, Volker Munz and his assistant Bernhard Ritter have been carefully editing these notes of varying format and quality over the last ten years. They added introductions and references to Wittgenstein's published writings and put dates against the notes. "Dating was one of the greatest challenges, since most of the material lacked any direct indication as to time", explains Munz, who nevertheless succeeded in ascertaining with a high degree of probability the year and even the term in which each set of notes was taken.

Volker said "I first met Rush Rhees when I came to Swansea as an exchange student in the late eighties. He allowed me join his PhD seminar, and from then on we saw each other regularly. Thereby I also got to know Peg Smythies Rhees and kept in close contact with her until she died in 2014. Sometime in the mid-nineties, Peg provided me with around 30 typescripts, all in all about 700 pages, and 23 tapes with recordings of the material dictated by Smythies. These tapes were based on the original notes Smythies took during the lectures. Together with the handwritten notes, the whole corpus covers about 2000 pages. In 2005, I applied for a research project to edit the material. Five years later Bernhard Ritter joined me, and we are now nearing the completion of the edition" 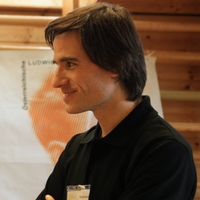 "What is special about this project is the fact that no other student notes are extant from that period, except the lectures on aesthetics and on the foundations of mathematics. Hence they open additional insight into what Wittgenstein was working on during those years", emphasises Munz. Unlike Wittgenstein, Smythies gave titles to all lectures. They concern central issues such as knowledge, belief, similarity or freedom of the will. The notes also mention discussions of authors, a rare occurrence in Wittgenstein's work otherwise. Apart from Bertrand Russell, George E. Moore and William James, the philosopher discusses the theorems of Kurt Gödel, W. E. Johnson and the question whether there is "an infinite number of shades of colour", as well as David Hume's notion of 'belief'. The lectures also highlight the important role pictures and metaphors played in Wittgenstein's thinking. Moreover the notes contain new instances of the famous metaphor of the fly and the fly bottle and about 70 drawings by Wittgenstein which Smythies copied from the blackboard. "Many examples and issues touched upon in these notes were discussed only in a much more cryptic way in Wittgenstein's published works. This material now opens up new connections, and some trains of thought appear more stringent", project director Munz underlines the significance of the lecture notes.

Ludwig Wittgenstein's lectures and students' notes are of growing importance for research, as is a scholarly investigation of the generation that came after Wittgenstein. According to Munz, the international scientific community engages in frequent exchanges in this respect. Documents and works by and about Wittgenstein are preserved in different international archives – mostly places where the philosopher spent some of his time. In addition to the library of Trinity College in Cambridge, well known archival sources are the Brenner-Archiv in Innsbruck, which has recently been able to acquire the originals of several letters from Moritz Schlick to Wittgenstein, as well as the Wittgenstein Archives at the University of Bergen in Norway. Some documents can also be found in Kirchberg am Wechsel (Lower Austria).

A research focus in Austria

"Until the 1970s, Wittgenstein was of little significance in Austria", Munz notes. It was only thanks to the philosopher Rudolf Haller that Wittgenstein became a figure of renown there. Haller was a co-founder of the Austrian Ludwig Wittgenstein Society in 1976, the year that also saw the first of what was to become an annual Wittgenstein Symposium in Kirchberg. Still today, this event is a fixture for Wittgenstein scholars, attracting several hundred participants from all over the world. 2009 marked the beginning of a Wittgenstein Summer School in Kirchberg under the scientific direction of Volker Munz, which has aroused strong interest.

The publication of Yorick Smythies' lecture notes is going to be an important contribution to the appreciation of Wittgenstein in general and will spark further exploration of the seminal body of work by this philosopher. The volume on the FWF research project will be published this year by Wiley-Blackwell under the title "The Whewell's Court Lectures, Cambridge 1938 – 1941". For Munz, this does not mean he considers his investigations of the topic as being finished. In talking about further projects, the researcher from the University of Klagenfurt relates that Smythies himself propounded a philosophy of his own which is still completely unknown and untypical of the Wittgenstein tradition. In addition, there are volumes of poems and a great number of notebooks by the Wittgenstein student which still await the researcher's attention.

The purpose of the FWF is to support the ongoing development of Austrian science and basic research at a high international level. In this way, the FWF makes a significant contribution to cultural development, to the advancement of our knowledge-based society, and thus to the creation of value and wealth in Austria.

This release was published on openPR.

Springer free books on philosophy including works on Wittgenstein

Springer have made a range of philosophy books available free online including many works on Wittgenstein.