On Certainty and the Philosophy of Mathematics

About the Speaker
Speaker Bibliography
Abstract
Report
About the Reporter

Daniele Moyal-Sharrock attributes to Wittgenstein what I will call a 'radically non-epistemic view of mathematics and certainties'. According to this view, Wittgenstein holds that mathematical sentences as well as certainties:

(Other authors, e.g. Marie McGinn, have defended somewhat similar interpretations -- though McGinn's acceptance of (4) is less clear.) I shall criticise the radically non-epistemic view of mathematics and certainties and develop an alternative interpretation of the relevant texts by Wittgenstein point by point: mathematical sentences as well as certainties are true and are propositions; some of them can be justified; in some important senses they are not prior to empirical knowledge; they are not ineffable; and their function is not only semantic but also epistemic. It seems appropriate to call this alternative the 'epistemic view of mathematics and certainties'.

The two most seminal readings of On Certainty – those offered by Marie McGinn in Sense and Certainty, 1982 and Danièle Moyal-Sharrock in Understanding Wittgenstein’s On Certainty, 2007 – stress the non-propositional, non-intellectual, non-justificationary character in which Wittgenstein viewed our basic certainties. For McGinn 'what lies at the foundations of our ordinary practice' is not something that admits of justification or, indeed, stands in need of it. Thus, what grounds our practices 'is a practical certainty, a confident "taking hold", which does not spring from the possession of good reasons, but is an expression of our accomplishment in the employment of our techniques of description' (p. 160). At the core of Moyal-Sharrock's reading we find the claim that 'Wittgenstein subverts the traditional picture of basic beliefs. They are not indubitable or self-justified propositions, but animal certainties' (p. 8).

Both of these so-called non-epistemic views take it that mathematical practices are not founded on propositions. Such practices are not based on knowable truths. Hence, there is no question of any ultimate justification of the foundations of mathematics. In the end, mathematical knowledge rests upon and revealed in applications not propositions, hence its foundations are content-less. And precisely the same is true of basic certainties or hinges – they too exhibit the features just mentioned. Hence the non-epistemic views see a parallel between Wittgenstein's views about mathematics and basic certainties. In Kusch's words they assume these domains are analogous in the relevant respects.

Yet Professor Kusch did not come to Hertfordshire in order to praise Caesar. Throwing down the gauntlet, in a compelling and charmingly delivered lecture, he argued that the radically anti-intellectualist and non-epistemic views that these readings seek to promote are, in fact, absent from Wittgenstein's later and final writings. In contrast, Kusch claimed that on close inspection we find that Wittgenstein, in line with his avowed anti-essentialism, was not advancing any global and definite claims about what lies at the roots of mathematical practices and the nature of our basic certainties. Reminding us of Wittgenstein's Shakespearean ambition to 'teach us differences', Kusch argued against the idea Wittgenstein was advancing any 'one size fits all' view of the non-epistemic character the foundations of mathematics or hinge certainties. In a bid to demonstrate that Wittgenstein's views on these topics are more variegated and nuanced than the non-epistemic readings make out, he drew attention to thirty six passages from the Lectures of the Foundations of Mathematics, the Remarks on the Foundations of Mathematics, and On Certainty. On close examination, he claimed, if anything, we find more support for some variant of the epistemic reading. Thus, he concluded, we have good reason to re-think the way in which Wittgenstein understood the way in which the two domains are analogous. As might be expected, the ensuing discussion period was occupied by picking over and question the details of Kusch's way of reading the core claims of the so-called non-epistemic views (which was especially enlightening since Moyal-Sharrock was present) as well as challenging the specific claims made about how best to read the individual passages from Wittgenstein. There is no doubt that it will take time to evaluate the force of Kusch's challenge and that responding to it will take the debate on these topics to new level. Those who did not manage to attend will surely 'think themselves accursed they were not here'. 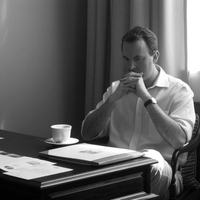 Daniel D. Hutto is an American philosopher and professor of philosophical psychology jointly at the University of Wollongong and University of Hertfordshire. He is known for his research on enactivism,affect, folk psychology, and Ludwig Wittgenstein's philosophy,