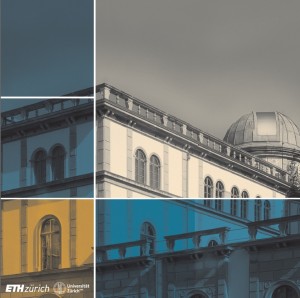 Widely regarded as one of the most important philosophers of the last century, Ludwig Wittgenstein (1889–1951) helped to reshape philosophical thinking in fields such as epistemology, linguistic philosophy, and philosophy of mind. However, the ethical import of his work remains a topic of considerable debate. Though clearly absorbed with ethical questions throughout his life, Wittgenstein's explicit remarks about the subject – among which must be included not only his Lecture on Ethics, but also his claim (in a letter to publisher Ludwig von Ficker) that his Tractatus Logico-Philosophicus should be understood as having an ethical point – do not easily lend themselves to facile summation or theorizing, and although many philosophers and theologians in the field of ethics cite the influence or inspiration of Wittgenstein, there is little agreement about precisely what it means to do ethics in the light of Wittgenstein.

Given his well known opposition to “theorizing,” Wittgenstein is not easily classified – e.g., as either a realist or a non-realist – and his approach to philosophical questions – variously described as “therapeutic” or “contemplative” – cuts across the grain of much contemporary moral theory. Among thinkers influenced by Wittgenstein, several broad “schools” of interpretation have arisen, with disagreement on some fundamental questions: What does it mean for ethics to say (as Wittgenstein did) that philosophy “leaves everything as it is”? What light does Wittgenstein cast on the role and character of the person doing ethics? What does Wittgenstein’s thought contribute to understandings of political themes like justice, authority, and community? Is the Wittgensteinian tradition essentially conservative or quietist? What might Wittgenstein have to say about “applied ethics”? This conference brings together an international cohort of leading scholars in this field to address the general question of what it means to do ethics after Wittgenstein.

09:10–09:30 PD Dr. Hartmut von Sass (Collegium Helveticum and University of Zurich) Ethics in the Light of Wittgenstein? Some Conjectures

15:30–17:00 Prof. Dr. Mikel Burley (University of Leeds) ‘A Certain Purity of Attention to the World’: The Ethical Demands of Wittgensteinian Philosophizing