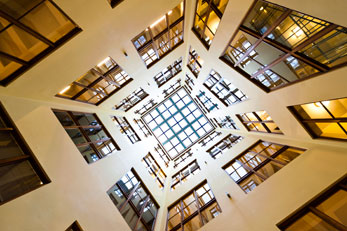 It is well known that Ludwig Wittgenstein is sparse with references to other philosophers, and when he does mention other philosophers it is hardly in praise. There are a few exceptions – and one of the exceptions that stands out is his continuously warm regard for pragmatist philosopher William James. “Whenever I have time now,” Wittgenstein wrote to Bertrand Russell, “I read James’s Varieties of Religious Experience. This book does me a lot good.” And James’s work was also one of the few philosophical works that Wittgenstein is reported to have recommended his students to read.

It is no accident that James’s pragmatism was one of the philosophical approaches that Wittgenstein found inspiring and rewarding, yet challenging. For there are a number of affinities between pragmatism and Wittgenstein-inspired ways of doing philosophy – which is vindicated by the fact that most contemporary pragmatists and neo-pragmatists think about their own work as, at least partly, inspired by Wittgenstein’s philosophy.

Wittgensteinian philosophy and pragmatism are two traditions of thought in which several interesting parallels can be discerned, regarding the problems they focus on and how, but also regarding what they are opposing.

Both traditions engage in the perennial issues of knowledge, truth and the good from the perspective of human practices. Both eschew metaphysical system building as well as the naturalist reductionism of much analytic philosophy. Philosophy, according to both traditions, is not in need of foundations, but rather of a more sensitive attention to the varieties of human activity and meaning making: in ordinary language, science, morals, religion. Certain general tenets of 20th-century and present philosophy, like the sharp fact-value dichotomy and the (varieties of a) correspondence theory of truth, are questioned by both traditions for reasons relating to the attention to practice.

This conference investigates the common ground and intersections between the legacy of Wittgenstein and Pragmatist philosophy.

11.00–12:30
David Cerbone: Theory or Therapy? The Concept of Life in Wittgenstein and Dewey
Lawrence Marcelle: Wittgenstein and the Progress of Pragmatism
Cecilie Eriksen: Wittgenstein and Human Practices: Roaming the Lands of the Actual and the Imaginary
13:30–14:30 Plenary speaker
Russell B. Goodman (University of New Mexico, USA)

13:00–14:30
Tove Österman: Dewey, Wittgenstein and Mathematics Education
Sarin Marchetti: Theory vs. Therapy in Ethics: Wittgensteinian and Pragmatist Variations
Vincent Grondin: How to Sound like a Pragmatist without Being One
14:45–16:15
Nimrod Matan: Wittgenstein and James on Absolute Value and Private Feelings
Michael Klenk: Apparent Affinities: Four Pragmatists and Wittgenstein on the “Everything Goes” Challenge in Metaethics
Sasha Lawson-Frost: A Use-Based Approach to Moral Reasoning