The Interface between Wittgenstein's Philosophical Therapy and the Empirical Psychotherapies 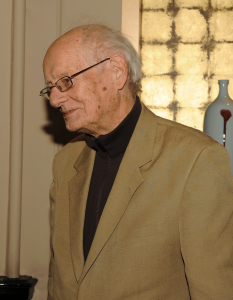 John Heaton is a psychotherapist in private practice in London. He teaches on phenomenology and Wittgenstein at Regents University and the Philadelphia Association. He read Medicine and the Moral Sciences Tripos at Cambridge and was an ophthalmologist for 10 years before training in psychotherapy.

He is the author of: The Eye: Phenomenology and Psychology of Function and Disorder; Introducing Wittgenstein; Metis: Divination, Psychotherapy and Cunning intelligence; The Talking Cure: Wittgenstein on Language as Bewitchment and Clarity; Wittgenstein and Psychotherapy: From Paradox to Wonder.

'In this superb book John Heaton presents and defends a post Freudian 'talking cure' approach to psychotherapy. What gives the book a special weight is its reliance on the work of Wittgenstein. Scarcely a page goes by without a quotation from and insightful remarks on his writing. This appeal to Wittgenstein is remarkable in its depth of understanding and in the range of texts cited. The ideas thus culled are artfully employed in laying out the details of the theory-free take on therapy that constitutes John Heaton's talking cure. They are also most tellingly used in an ongoing attack on what are seen as the similar theory laden approaches found in the work of Freud and the cognitive therapists [...] Altogether a delightful and important book.'
- Professor J. Canfield, University of Toronto, Canada, US

In spite of the great increase in our knowledge of the brain and mind in the last 50 years there is little evidence that it has made much difference at the ground level of therapy. I argue that psychotherapy should be understood as a discipline, like philosophy or mathematics, which is not concerned so much with building theories, knowing that, but in knowing how.
Psychologism, the confusion between being true and holding as true, is a corruption of thought and logic that is widespread in modern psychology and therapy. There are hundreds of theories about the mind and the nature of therapy, but no clear concept of normality, what is sane. I briefly discuss confusions about the nature of desire, relations, meaning, rules and the difference between necessity and compulsion, the first -person perspective and the self concept. The importance of fragestellung as an approach is discussed. Finally the importance of the relation between having a first-person perspective and ordinary certainty is emphasised.

The Fifteenth British Wittgenstein Society lecture was given by Dr. John Heaton at the Bloomsbury Institute, on a rainy spring day.

The lecture was very well attended – no surprise given that Dr. Heaton has been one of the key figures in reading Wittgenstein’s philosophy as a therapeutic approach that critically avoids the problems of empirical psychotherapies.

According to Dr. Heaton, these problems arise because psychotherapists fail to draw certain critical distinctions. These  distinctions were said to be between:

Following the lecture, discussion brought up a number of issues, points of disagreement and, for myself, questions about future directions, from a Wittgensteinian departure point, for philosophical thought about psychoanalysis.

The first issue concerned Dr. Heaton's preferred account of the concept of the unconscious. Dr. Heaton replied that he would follow Ryle on this: there is no such thing as the unconscious, and he suggested we should restrict ourselves to the adverbial use of the word (unconsciously). Certainly the adverbial use avoids the confusion that would arise from turning "Nobody" into "Mr. Nobody" (as Wittgenstein famously put it in the Blue Book). I worried though that, applied in this way, the adverbial move would entail that a whole range of important problems must be rejected as nonsensical.

By the term 'unconscious', psychoanalysts have referred not merely to some spookily hidden mental realm, but also to something that is actively expressed in one's symptoms, in one's parapraxes, in one's slips of the tongue, namely in thoughts, desires, acts that are (and this is the crucial point) not recognized as one's own. A series of problems begins at this very point, when one feels inclined to say 'This belief or thought is not mine, it comes from the unconscious' or 'I am overcome by something alien, this is not me' or when one asks 'where did this desire come from?'. Dr. Heaton understands our talk of symptoms, intrusive thoughts, alien desires as nonsense, as an attempt to say something beyond the limits of language.

But this raises precisely the problem of what we can and should say about unintelligibility and nonsense. One could here think of Cora Diamond's work on nonsense, that has allowed Wittgensteinians to dare to reflect on 'nonsensical' talk, rather than do away with it. Reflecting on aberrant talk can give rise to questions such as: what does it mean to not recognize a mental state as one's own? What makes a thought or a desire mine? What does self-alienation tell us about the nature of mental states? Important work has been done in this domain by Moran, Frankfurt, Pickard and others.

Another psychoanalytic concept Dr. Heaton focuses on and rejects as nonsensical is the meaning of dreams or symptoms. Dr. Heaton was surely right to stress that, from a Wittgensteinian perspective, we find the meaning of an utterance by looking at the context of its use so that the meaning of dreams or symptoms does not need to be thought of as hidden. But, perhaps here is where the real difficulty lies. In The Interpretation of Dreams Freud stresses that dreams are asocial, they have nothing to communicate and they are not made with the intention to be understood. This seems to be here a challenge  to the notion of linguistic meaning that Dr. Heaton has in mind.

Freud tried to understand the workings of the mind, and in doing so, Dr. Heaton rightly remarked, he often uncritically borrowed words and expressions from the science of his day metaphorically extending them to the phenomena he was examining. However, pace Heaton, this does not necessarily compel us to take these concepts literally and throw them away as confused, but we can perhaps attempt to work our way through these metaphors as metaphors.

Another question arising in the discussion concerned the question of whether Dr. Heaton account of psychoanalysis gave sufficient importance to the concept of transference. Dr. Heaton remarked that although freie einfall - free association - is important for Freud, there is a tendency in received accounts to block any real free association, through the imposition of general theory on the particularity of patients. In a case study offered by Dr. Heaton, a psycho-analyst had announced to his patient that "her mind had been successfully analyzed". True as that particular story may be, it sounds like a rather crude example of psychoanalysis. What Dr. Heaton himself describes as important, yet missing from psychoanalysis, namely what he calls the therapeutic alliance, is in fact central in psychoanalysis. After all, Freud had a name for that phenomenon. He used the term transference (and countertransference) to describe the redirection of feelings and the repetition of past relationships that takes place through a rich exchange of emotions between an analyst and an analysand.

It seemed important to me to recall that the same Freud who shares the scientism of his day wrote, in a letter to Jung, that psychoanalysis is a cure through love. This is an aspect of psychoanalysis that seemed to me to have deserved greater emphasis and together with the philosophical problems of the unconscious, requires further reflection.

A final question in the discussion challenged Dr. Heaton's distinction between desire and craving. Dr. Heaton claimed that Freud conflated desire with craving. Dr. Heaton urged us to recognize that desire involves an internal relation with its object but craving bears only an external relation to it. The objection was whether there can really be such a clear distinction between desire and craving and whether our words forced to be unnatural when such distinctions are imposed.

Undoubtedly Dr. Heaton's lecture offered a stimulating Wittgensteinian critique of psychologism and scientific naturalism, using a series of clear-cut distinctions. I was left wondering to what extent these distinctions are the final word or whether they should instead be treated as rungs on a Wittgensteinian ladder.

It is perhaps relevant here to recall that, challenging the sharp distinction between reasons and causes, Jonathan Lear has invited us to think of psychoanalysis as a science of subjectivity, one that incorporates the first person perspective, whose importance Dr. Heaton very rightly stresses.

How to conceive of such a thing would perhaps look like a Fragestellung, to use one of the lecture's themes, but it would certainly invite us to go back to the rough ground of ordinary life and dare to engage philosophically with the perhaps problematic, but not necessarily wrong, metaphors that psychoanalysis uses to understand the complexities of human existence. 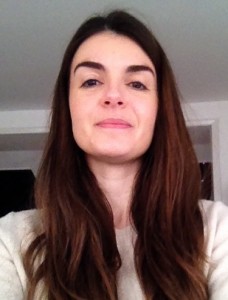 Dr. Maria Balaska gained her PhD in Philosophy from Paris 8 University in 2014. She is currently Head of Philosophy at the Sutton Grammar School, London. Her main research interests include Ethics, Aesthetics, Wittgenstein's philosophy and psychoanalytic theory.