Was Wittgenstein Right to call Science a Trap?

About the Speaker
Speaker Bibliography
Abstract
Audio
Report
About the Reporter 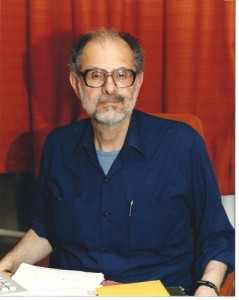 Frank Cioffi was an American philosopher educated in New York and Oxford. Cioffi held posts at the University of Singapore, the University of Kent and the University of Essex, where he was a founding member of the Department of Philosophy. He wrote extensively on Sigmund Freud and psychoanalysis, Ludwig Wittgenstein, and behaviour and explanation.

The BWS is grateful to Mr Hywel Davies for a much improved audio recording of this lecture.

'It isn't absurd to believe that the age of science and technology is the beginning of the end for humanity; that the idea of great progress is a delusion, along with the idea that the truth will ultimately be known; that there is nothing good or desirable about scientific knowledge and that mankind, in seeking it, is falling into a trap'.

Should we think, as some do, that this was simply a stupid thing to say?

If Wittgenstein was merely asking 'What has science done for us?', that question can be answered perfectly well. The form of

Wittgenstein's statement, especially the idea that science is a 'trap', is problematic, since he had no alternative intellectual enterprise in mind (he didn't believe in extra-scientific knowledge).
Is Wittgenstein's target a straw man? It is not. But to make sense of his remark, we do have to consider who its target might have been. Some people (scientists and philosophers) have tried to give scientific knowledge redemptive powers that it can't have, and science itself invites us to give it such prominence and redemptive power. Wittgenstein's remark can be connected with certain penetrating comments on science and the 'problems of life' towards the end of his Tractatus (6.4312ff.). These correctly imply that no describable state of affairs could confer meaning on life. Scientists such as Sir James Jeans, Richard Dawkins, and Lewis Wolpert, who think that science might confer meaning on life, could not possibly write down propositions from which it would follow that life is meaningful. Scientific descriptions and value-laden descriptions of phenomena are properly autonomous, but sometimes the former have the power to destroy the latter, to undermine our sense of wonder at the phenomena.

There is, though, a problem: Wittgenstein did not reserve his derision for those who make outrageous claims on behalf of science. One cannot, in fact, accept his view in its entirety, since he also manifests what Robert Fogelin has called a 'prejudice against explanation'. This comes out in his remarks on Freud, and on Frazer, where Wittgenstein arbitrarily and wrongly forecloses the empirical direction of investigation. In cases like the 'flowery dream' (Freud) and the Nemi rite of succession (Frazer), Wittgenstein's insistence that our interest is (or should be) in the background which we bring to the events being described, or in our reaction to those events, rather than in details of the event itself, is misplaced. His remarks on Frazer can only really be given a 'Flaschenpost' interpretation: like a message in a bottle, they are cast out in the hope that someone else, similarly attuned, will pick up on them; they cannot be supposed to be directives towards an entire community of readers.