About the Speaker
Speaker Bibliography
Report
About the Reporter 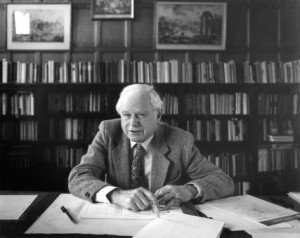 Sir Anthony John Patrick Kenny FBA  is an English philosopher whose interests lie in the philosophy of mind, ancient and scholastic philosophy, the philosophy of Wittgenstein and the philosophy of religion. With Peter Geach, he has made a significant contribution to Analytical Thomism, a movement whose aim is to present the thought of St. Thomas Aquinas in the style of modern philosophy by clearing away the trappings and obscurities of traditional Thomism. He is one of the executors of Wittgenstein's literary estate. He is a former President of the British Academy and the Royal Institute of Philosophy.

The Society's inaugural lecture, on 'Aristotle and Wittgenstein', was given by Sir Anthony Kenny on Friday November 7th at the University of Hertfordshire. Sir Anthony argued that despite their very different reputations the work of Aristotle, the great metaphysician, and that of Wittgenstein, the great anti-metaphysician, have some deep underlying similarities. Wittgenstein, as well as seeing metaphysics of certain sorts as dissoluble, was himself a metaphysician of another kind. In his own philosophy of mind, for example, he stressed the importance of different kinds of actuality and potentiality. But Wittgenstein attacked the kind of metaphysics that masquerades as the search for essences, and which stems from the inappropriate use of a quasi-scientific method in philosophy. In particular, he resisted the metaphysical impulses which tempt us in the philosophy of mind, the temptations to postulate spiritual substances and processes. But his attack on metaphysics took the form of a careful disentangling of questions and problems, rather than the use of a blunt instrument like the 'verification principle'. Wittgenstein's  'private language argument' destroys not only the metaphysics of Descartes, but also that of the British empiricists, and the Logical Positivists, insofar as they thought that what is public could be constructed out of what is private. But some of the assumptions of Cartesian metaphysics, especially about consciousness, are now taken up by cognitive scientists.

There are two kinds of metaphysics in Aristotle: first philosophy (the study of being qua being), and the detailed determination of actualities and potentialities, which amounts to a dynamic metaphysics. Descartes mocked just this dynamic metaphysics. But its study is vital. It is vital, for example, to respect the distinctions between powers and abilities, their exercises, and their vehicles. To fail to do so in the philosophy of mind is to fall into one or another kind of misplaced reductionism: either the reduction of mind to behaviour, or the reduction of mind to brain. Wittgenstein successfully avoided both, but contemporary cognitive scientists often fall prey to the latter kind of reductionism. They are convinced that there must be a parallelism between mental and physical events. (Some of Wittgenstein's comments on this issue, though, suggest that he did not think that every mental ability must have a physical vehicle of any kind. That supposition, which science has set itself against since the time of Galileo, may be problematic. We still need to know when it is reasonable for science to give up the quest for a vehicle). Back