About the Speaker
Speaker Bibliography
About the Reporter

Professor Harré is Distinguished Professor in the Psychology Department of Georgetown University (Washington DC) and Director of the Centre for Philosophy of Natural and Social Science at the London School of Economics. Distinguished philosopher and psychologist, Prof. Harré has written on a wide variety of subjects including: philosophy of mathematics, philosophy of science, philosophy of psychology, epistemology, ontology, sociology, anthropology, psychology. His recent publications include Pavlov's Dogs and Schrodinger's Cat: Scenes from the living laboratory (OUP, 2009); Key Thinkers in Psychology (Sage, 2006); (with M. Tissaw) Wittgenstein and Psychology (Ashgate, 2005). 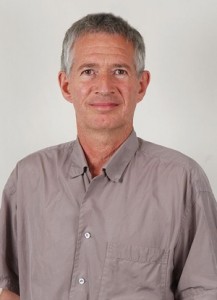 Paul Horwich is a Professor of Philosophy at New York University. His work includes writings on scientific methodology, time, truth, and meaning. Horwich earned his PhD from Cornell University. He has previously taught at MIT, University College London, and CUNY Graduate Center.

Horwich is working on a book, provisionally entitled, Wittgenstein's Metaphilosophy, which he hopes to have finished by next summer. Its aims are, first, to elaborate and defend Wittgenstein's distinctive hyper-deflationary account of where philosophical problems come from, how they should be addressed, and what such endeavors can accomplish; and second to show how this perspective is required in order to make sense of his discussions of meaning and of sensation in the Philosophical Investigations.

Paul Horwich’s talk was a critical appraisal of a paper ('Wittgenstein, Theory, and Therapy') that Richard Rorty completed shortly before his death. In that paper, Rorty criticized Wittgenstein’s identification of philosophical problems with diseases of thought calling for a form of therapy, and recommended instead a form of 'pragmatic Wittgensteinianism' that privileges the view of languages as instrumentally valuable social practices, and takes this to be an important theoretical discovery. Horwich’s presentation (i) spelled out the differences between these two outlooks; (ii) summarised Rorty’s reasons for opposing the therapeutic one and favoring the pragmatic one; (iii) sketched a stronger version of Wittgensteinian therapism than the version criticized by Rorty; (iv) bolstered the relative appeal of this better version by developing a combination of considerations supporting it and objections to the pragmatist alternative; and (v) briefly took up the secondary issue of which of the competing perspectives corresponds more closely to Wittgenstein’s own opinions, arguing that, on this score too, therapism comes out on top.

NB Horwich’s paper, together with the paper of Rorty’s to which it responds, will be published together in Wittgenstein’s Philosophical Investigations: A Critical Guide, edited by Arif Ahmed, Cambridge University Press, 2009