The Importance of Importance: Cavell and Diamond on ethics 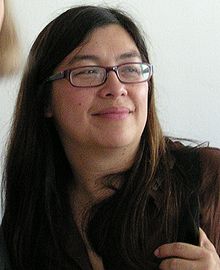 Sandra Laugier is Professor of Philosophy at the University of Paris 1 (Panthéon Sorbonne), France. She is an Honorary Member of the Institut Universitaire de France, and the coordinator, with Christiane Chauviré, of the Wittgenstein Seminar at the Université Paris 1-Sorbonne. Her research focuses primarily on Wittgenstein, Austin, Cavell, ordinary language philosophy and, more recently, moral philosophy.

How does what we think or find to matter in life connect with the ethical? How does it determine our philosophical and personal quests? And are we to be wary of what is often our distorted sense of importance? Rejecting what earlier philosophy had deemed important, Wittgenstein asks: 'Where does our investigation get its importance from, since it seems to destroy everything great and interesting?' (PI 118). So what account of the connection between the important and the ethical should we glean from the reception of Wittgenstein's thought?

Is it a matter, as mainstream ethics has maintained, of merely enlarging the vocabulary of ethical theory, in the hope that philosophical puzzles about moral judgement and values will drain away? Or is something much more radical required and perhaps with far less comfortable and comforting outcomes?

This paper presented the case for pursuing the latter option. Part of a larger project of providing a Wittgensteinian interpretation of 'care' based ethics and drawing principally on the work of Cavell, Diamond and Murdoch, Professor Laugier attempted to tease out the often highly nuanced implications of a radically particularist approach to what is important of life and the manner in which its importance strikes us or may be hidden from us.

A point of departure for Professor Sandra Laugier's reflections was the thought that moral thinking is not the name of some particular point of view on our lives, lying alongside say the economic, or political or personal. For then, we might ask, why on earth should we bother to take up such a perspective which is often irksome and not infrequently dangerous to our apparent interests? Rather moral thinking should be understood as the name we give to our thinking, as a whole, about our lives and the world as a whole, and how they actually are.

Laugier’s treatment of this and other cases made clear that film (seen through the eyes of Cavell) and literature (as read by Murdoch and Diamond) should not be understood merely as a source of examples to provide the moral philosopher with some grit for their pearls of principle, in lieu of real cases. (There surely is something odious about a theory of ethics that that treats say, the way someone deals with the loss of a child as an example. But then that very sentence does that so what are we to do?)

Nor even do they serve primarily as particularist correctives to the dominant consequentialist and deontological models. Rather it is reflection on the way in which we engage with these artistic media that provides the relevant insights into how we both succeed and fail in making sense, of "telling", what matters. What was particularly striking about the thinking discussed was the particularist emphasis on our failures to see what is important, the seemingly inevitable way in which our very search for what is important our lives renders it hidden. The case was well made with reference to a scene from The Philadelphia Story – a film which so much enthralled Cavell.

Discussion raised questions about the autonomy of the moral, the adequacy of Cavell's stance towards film, the differences between film and literature, the relation between the ethical and the aesthetic, and the question of whether if philosophy were able to fully embrace the particularist stance asked of it by Diamond, it would be setting itself the impossible ambition of becoming literature.

The final impression that lingered with this member of the audience was the rather unwelcome thought that actually finding what is important in one's life might turn out to be a source of pain and regret. We should not expect, it seems, that the rough ground, to which Wittgenstein urged us to return, will be always or indeed perhaps ever, comfortable under foot.

Ian Ground is Secretary of the BWS