Wittgenstein and Philosophy of Religion: Beyond Fideism and Atheism 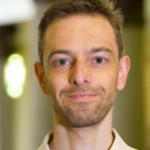 Mikel Burley is Lecturer in Religion and Philosophy at the University of Leeds, where he teaches courses both in philosophy of religion and in religious studies (including Hindu and Buddhist traditions). He is especially interested in developing interdisciplinary methods that draw upon ethnographical and biographical literature in order to enrich a philosophical understanding of religious forms of life.

Mikel’s work is both influenced by, and critically engages with, the later work of Wittgenstein and the Wittgenstein-inspired contemplative hermeneutics of D. Z. Phillips.

His recent books include: Contemplating Religious Forms of Life: Wittgenstein and D. Z. Phillips (Continuum, 2012) andLanguage, Ethics and Animal Life: Wittgenstein and Beyond(co-edited; Bloomsbury, 2012); and soon to be published is Rebirth and the Stream of Life: A Philosophical Study of Reincarnation, Karma and Ethics (Bloomsbury, forthcoming).

Curiously, it has been claimed of Wittgenstein’s approach to philosophy both that it promotes a kind of fideism – an attempt to ‘insulate’ or ‘protect’ religious beliefs from fair and reasonable criticism – and, contrarily, that its unavoidable consequence is an acceptance of atheism. Wittgenstein himself maintained, however, that in contrast with the work of some other philosophers, his own approach interferes in no way with religious beliefs.

Getting clear about the implications of Wittgenstein’s philosophical methods for our understanding of religion is of more than merely exegetical interest. Since his work engages with deep issues concerning the place of religion in human life and the relation between religion and philosophy, the exegetical inquiry inevitably carries us into compelling issues in the philosophy of religion more generally.

By means of a close critical examination of the debates over ‘Wittgensteinian fideism’ and Wittgenstein’s purported naturalism, I shall argue for three main contentions. Firstly, that the ‘fideism’ label is problematically ambiguous. It has become associated with two distinct principles, which I call the non-interference principle and the incomprehensibility principle respectively. Secondly, I argue that the former of these two principles is benign and thoroughly consistent with Wittgenstein’s approach whereas the latter is pernicious and deserves to be rejected. For this reason, Wittgensteinians such as D. Z. Phillips are right to repudiate the term ‘Wittgensteinian fideism’, though not for all the reasons that Phillips offers.

Thirdly, I shall argue that, contrary to what some commentators have supposed, there is no good reason to think that Wittgenstein’s ‘naturalism’ and ‘anthropocentrism’ are undermining of religious belief. Although Wittgenstein does indeed lay stress on the idea that much of our linguistic and cultural lives can usefully be viewed as a refinement or development of instinctive reactions to the world, this approach has atheistic implications only if one imports anti-religious assumptions into one’s conception of the natural and the instinctive. Once the unnecessary nature of these assumptions has been noticed, the possibility is opened up of a philosophy of religion that is neither defensive nor illegitimately reductive of religious convictions.

A summer’s evening in the heart of London saw a marvellously lucid lecture to a large audience from Dr  Mikel Burley on Wittgenstein’s philosophy and religion.

Burley began with a survey of existing interpretations of Wittgenstein’s thoughts on religion. Some see him as trying to protect a faith he could not share – a kind of Fideism. Others see his approach as tending to atheism because regarding religion as a thoroughly human expression of a thoroughly human nature, and a final group, that his views should leave our own religious beliefs untouched with an attendant risk of putting religion beyond criticism. It was important to adjudicate between these interpretations since such exegetical divergence seems to cast doubt on the question of whether a consistent interpretation of Wittgenstein’s thought was possible at all. Moreover. Burley’s overarching claim was that to adjudicate between these interpretations is to think seriously about the more general relation between philosophy and religion. We seem faced with a choice between fideism, atheistic naturalism and quietism.

Burley’s first claim was that the term Fideism is systematically ambiguous. After tracing the history of the term, he argued that in discussing Fideism in general and Wittgensteinian Fideism in particular, we should distinguish a principle of non-interference from a principle of incomprehensibility. The first principle, that philosophical inquiry’s primary purpose is to describe religious understanding, is benign and in accordance with more general directions in Wittgenstein’s thought. But the second claim – that religious language could only be understood by those who are already on the inside of religious life – Burly thought both false and pernicious. He showed how the account we find in D.Z Phillips fails to acknowledge this distinction. Still, the ambiguity was such that Fideism was a term best avoided if not for the reasons that Phillips offered.

A second claim concerned the question of whether Wittgenstein’s non-reductive naturalism should be thought to lead to atheism. Here, Burley identified a crucial assumption: that transcendental beliefs about God, miracles, the life eternal must be matter of surface grammar and cannot be part of a naturalistic conception of human life. Thus it is one thing to have natural, instinctive reactions to say mountains and skies but quite another to regard such mountains as, say the home of the Gods or the sky as the vault of heaven.

Burley’s central claim, and a very illuminating one, was that this assumption is at odds with Wittgenstein’s claim that, in relation to our practice, our deeds, language is a refinement.  For Wittgenstein’s claim was precisely not that language does something entirely new but only that it gives new shape to something already present. To be sure, in the beginning are deeds. But the question is then what kind of shape these deeds have. Burley argued that there is no warrant for assuming that, upstream as it were, our deeds, our practices, our ways of going on, are so crudely shaped that they need only be described in general naturalistic ways, free from concepts, which, downstream, we describe as contemplative, spiritual, religious.

In the lively discussion that followed, questions focussed on the definition of religion, and the relation between religious utterances and truth. Perhaps not so fully explored was the more general question of the scope of Burley’s central claim: that the concepts we call religious or spiritual might be required to describe at least some of our 'primitive' pre-propositional responses and reactions, without committing us to the thought that those responses are really propositional? What would we make of the claim that some of our primitive responses might have to be described in terms that we, downstream, describe as “aesthetic”, “ethical” or even “scientific”? And if we reject such possibilities, what kind of differences are there between these domains such that the move is legitimate in some cases but not in others?

Perhaps the speaker will be actively pursuing these questions in future research. But in this lecture, Mikel Burley very successfully substantiated his claim that in getting clearer about Wittgenstein’s approach to religion and, in particular, by passing the overly crude dichotomies and conflations, we become clearer about the correct way to understand his more general thought about language, meaning and practice. The enthusiastic appreciation of this central London audience was well deserved.

Ian Ground is Secretary of the BWS.