What is the use of my teaching you these techniques...?': Contemporary Wittgensteinian Philosophy and the Really Rough Ground of Politics

About the Speaker
Speaker Bibliography
Report
About the Reporter 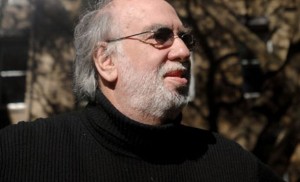 Gavin Kitching (BSc, DPhil) is a British author and Professor of social sciences and international relations at the University of New South Wales, where he has taught since 1991. In 2007 Kitching became a fellow of the Academy of the Social Sciences in Australia.

Professor Gavin Kitching is interested in the later philosophy of Wittgenstein and its implications for social science. He also has interests in globalisation, and in rural and agricultural development in the Third World.

The trouble with theory: the educational costs of postmodernism (2008) Allen & Unwin

The twelfth BWS Lecture this year, given by Professor Gavin Kitching, was in a new venue, the Bloomsbury Institute, 50 Bedford Square. The move to this large University area in central London has provided an excellent location not just to enable larger attendance but also to open debate about the relevance of Wittgenstein’s thought to many other disciplines. Thus this lecture by Gavin Kitching, Professor of Social Sciences and International Relations at the University of New South Wales, and Fellow of the Academy of Social Sciences in Australia, on ‘Contemporary Wittgensteinian Philosophy and the Really Rough Ground of Politics’, was particularly appropriate for this new venue.

The lecture aimed to show how both Politics and Economics 'are bedevilled by precisely the same misunderstandings and misappropriations of ordinary language which Wittgenstein saw as bedevilling philosophy.' Politics, said Kitching, is a means of resolving conflicts between human beings, a means of understanding how power is achieved and shared and a means of looking after the welfare of communities. The academic study of politics must look for an objective and uncommitted approach to these issues and must, for example know what Socialism means to a Socialist or Fascism to a Fascist, and thus must have an independent perspective. Yet any theoretical study of politics must also, he emphasised, not ignore 'the hot fusion of intellect and emotion that renders certain aspects of politics both personally compelling and socially divisive.' To focus this point the talk began with a list of strong and substantial reasons, which Gavin Kitching had himself written in 2005, stating why the invasion of Iraq was wrong and also explicitly stating his own anger at that political action. He then drew attention to two main points. First, that although many of the sentences in this list still had a sense, they did not all still have a reference. Referring to Wittgenstein’s later study of language and meaning he expanded this by saying that 'the meaning of a text is embedded in the social setting in which it is written and read' and that this is a particular example of how “the meaning of politics is contextual”. In this case he was focussing on the context of the text within a particular time. His second point was that the author of this list (GK himself) no longer feels the anger and frustration stated in 2005. He now feels despondency and despair. This was then directly connected with his claim that politics is not merely social, for it can draw upon deeply personal convictions about political actions and events dominant in the world and time in which any particular person lives.

There is surely something not only right but also important about this. Any possibility of limits to intelligibility is crucial in understanding political conflict. Yet Kitching’s account of the connections between the meaning and the particular import of the text may have been too compressed. For example, Kitching says that since the anger expressed in the text is part of the meaning of the text, the text cannot be understood if you do not understand the anger. Following Wittgenstein we could agree that understanding the language used in any particular text depends on agreement (in his particular sense at PI 241) in practices. This particular sense of agreement in understanding what is said is, of course, a fundamental condition for any comprehensible dispute, such as is typical of politics. But there are different requirements of understanding requiring very different sorts of conditions of agreement in the cases of language or concepts, and of agreement or disagreement in cases of verifiable judgements, of value judgements or of feelings motivating actions or responses. In Kitching’s particular example someone may understand the anger, i.e. both the concept and its particular application in this case by this author, without agreeing with it. The statement of anger is of course, personal. Kitching acknowledged that another person could have had different feelings about the invasion at that time and may now have moved from hope to cynicism. But of course this other person is responding not to the text but to his own understanding of the political decisions and their consequences. But another person, say some particular politician at that time, could have read the list and also felt anger, but in his case, against the author.

Kitching’s own list and his current responses could be compared with a very recent interview with General Sir Graeme Lamb: 'If you look at Iraq in 2003 as a snapshot in time there are all sorts of reasons why we shouldn’t have invaded – but what you have to do is look at Iraq over the arc of time; see these issues spread over not only years but decades and centuries. It’s only through the long lens of history that one can truly see whether the conflict was for the better or the worse.'  The conditions and limits to understanding between these two temporal and personal perspectives is certainly a complex matter and central to Kitching’s general point about the contrast between the academic disciplines of the Natural and the Social Sciences. The Social Sciences, he says, have no equivalent to the microscope – all they have is 'imaginative distancing', and even this can flounder across cultures, times, and, I would add, between individuals. If Kitching’s adamant resistance to all attempts to position Sociology, Economics or Politics within the Sciences, and thereby to displace them from the Humanities is right, then he is showing that the job of Philosophy at the beginning of the 21st Century is to respect the advances of the Sciences in understanding the human animal, whilst guarding strongly against any account of humanity, whether social or psychological, which is reduced to scientific or merely theoretical explanation.

It was a pleasure also to be listening to Professor Kitching’s lecture in the Bloomsbury Institute that evening together with Wittgenstein’s own grand-nephew, William Stonborough.

Dr Carolyn Wilde has taught Philosophy for many years within university departments of Philosophy and in Continuing Education. Dr Wilde also teaches and publishes in Art Theory. Her special interest in philosophy is Wittgenstein, moral philosophy and aesthetics, and she continues to teach and practice as an artist. In teaching philosophy she is particularly interested in understanding the arguments of major philosophers and inviting debate with those arguments.