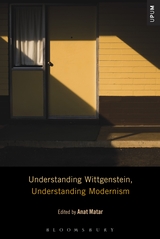 In the last half-century Ludwig Wittgenstein's relevance beyond analytic philosophy, to continental philosophy, to cultural studies, and to the arts has been widely acknowledged.

Wittgenstein's Tractatus Logico-Philosophicus was published in 1922 - the annus mirabilis of modernism - alongside Joyce's Ulysses, Eliot's The Waste Land, Mansfield's The Garden Party and Woolf's Jacob's Room. Bertolt Brecht's first play to be produced, Drums in the Night, was first staged in 1922, as was Jean Cocteau's Antigone, with settings by Pablo Picasso and music by Arthur Honegger. In different ways, all these modernist landmarks dealt with the crisis of representation and the demise of eternal metaphysical and ethical truths. Wittgenstein's Tractatus can be read as defining, expressing and reacting to this crisis. In his later philosophy, Wittgenstein adopted a novel philosophical attitude, sensitive to the ordinary uses of language as well as to the unnoticed dogmas they may betray. If the gist of modernism is self-reflection and attention to the way form expresses content, then Wittgenstein's later ideas - in their fragmented form as well as their “ear-opening” contents - deliver it most precisely.

Understanding Wittgenstein, Understanding Modernism shows Wittgenstein's work, both early and late, to be closely linked to the modernist Geist that prevailed during his lifetime. Yet it would be wrong to argue that Wittgenstein was a modernist tout court. For Wittgenstein, as well as for modernist art, understanding is not gained by such straightforward statements. It needs time, hesitation, a variety of articulations, the refusal of tempting solutions, and perhaps even a sense of defeat. It is such a vision of the linkage between Wittgenstein and modernism that guides the present volume.