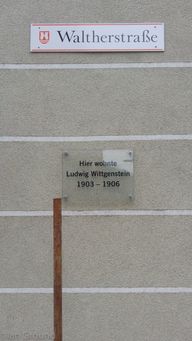 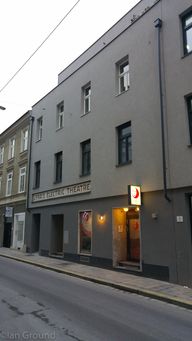 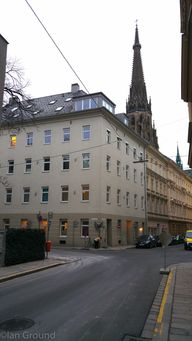 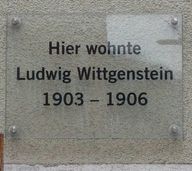 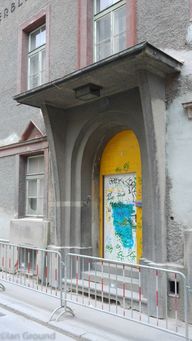 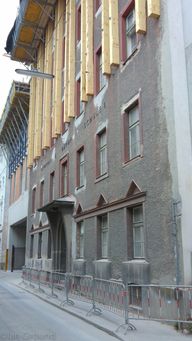 From 1903 to 1906 Wittgenstein attended the technically oriented K.u.k. Realschule in Linz, a small state school with 300 pupils in Upper Austria. Afterwards he began to study at the Technische Hochschule in Charlottenburg, moved further to the Victoria University of Manchester and finally visited the University of Cambridge to study under Russell from 1911 to 1913. During this time it is widely regarded that Wittgenstein has fallen in love with David Hume Pinsent, a descendant of the philosopher David Hume.

In 1913 the Lordswood House in 44 Lordswood, Birmingham, was the family home of Pinsent. On the eve of his self-imposed exile to Norway and just after a holiday there with Pinsent, Wittgenstein stayed with the Pinsent family to say his goodbyes. The last time they saw each other was at a Birmingham railway station on 8 October 1913, when they said goodbye before Wittgenstein left to live in Norway.

GOODBYE WITTGENSTEIN wants to take this short little story as a starting point for an exchange program between Linz and Birmingham. The basic idea is to dig deeper into this story and to find real or fictive connections between Linz and Birmingham, based on the life of Wittgenstein. The main aim is to pay tribute to one of the most important philosophers of the 20th century and revive his life in Birmingham and Linz.

Following an invitation from A3 Project Space and Birmingham Open Media, the Austrian art collective qujOchÖ from Linz will visit Birmingham between 25 July and 7 August 2016 to enact a series of philosophical set pieces in response to Wittgenstein’s writings, in particular his early work on “Notes on Logic”. During their stay three members of qujOchÖ, Verena Henetmayr, Thomas Philipp and Andre Zogholy, will undertake a series of artistic interventions in public spaces throughout the city. They will also present their ideas as part of a discussion and networking event at BOM on August 1 and participate in the monthly art event Digbeth First Friday on August 4 2016.

Following this visit, five artists from Birmingham, Pete Ashton, Mike Johnston, Trevor Pitt, Emily Warner and Clare Thornton will participate in a four week residency at Atelierhaus Salzamt Linz in November 2016. During their residency the artists will explore the trails of Wittgenstein in Linz and develop the beginnings of new works that make connections between art and philosophy based on “Notes on Logic”.

"Wittgenstein and His Literary Executors"